Information for the competent advisor

The Bever-mortice lock „Turrus“ with its „Pull-fast blocking device“ is an essential safety element in the overall plan of the corridor door safe guarding. In addition to its other safety elements like the dead locking latch as well as the safety device against back-pushing of the bolt, the „Pull-fast blocking device„ is working especially against the wide-spread burglary procedure which uses the so-called „Pull-fast“- or „Screwdriver“-method.

The effect is based on 2 factors:

1. It hardly will be surmounted without considerable additional noise- and time expense and additional tools.
2. Because it’s not perceptible for the burglar from the outside, it will be a deterrend surprise element.

It's function is conceivably simple:

As soon as the profile cylinder is being pulled out of the lock, a special blocking element will still keep the bolt in its locking position. So that’s that for the burglar.

A lock with highest safety ambitions is not an easy one to open. Not even for the specialist. Because of good reasons we won’t give any opening hints at this point. The maintenance man though has a couple of advantages over the burglar: 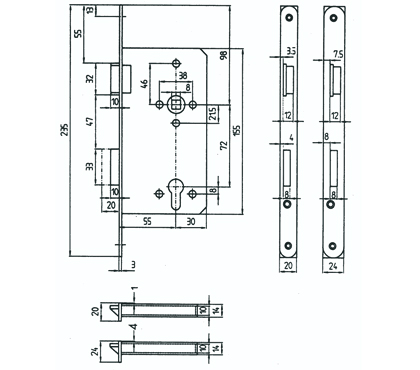 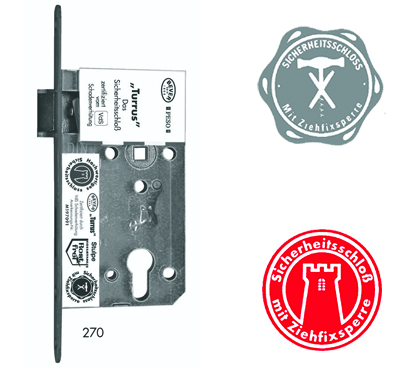